Here is a video from the Leadership Akademie team project that I mentioned in our last post. If you would like to see more pictures of our team at work check out our flickr page.

I don’t think I have anticipated an Olympics more since I was a kid. For me, the reason why is fairly obvious. All of the eyes of the world would be on place that I fell in love with ten years ago. My first years struggling through language and culture were spent just a few miles from Sochi, in Krasnodar, the capitol city of the region. I have long since moved away from there, but I carry memories from that city and region with me that I will always cherish. So when it came time for the press to cover the Olympics I was shattered to see the how negatively the press portrayed this region that I love.
In part, I understand the reasons for this. It’s gross understatement to say that politically the U.S. and Russia haven’t seen eye to eye lately. Had the stories coming out of Sochi mainly been of a political nature, I might have understood that. However, as anyone who has seen the social media  knows the majority of the coverage has focused on much baser attacks. We’ve all seen the reports of dirty water, last-minute construction, and apparent corruption.
There are two main reasons that the media coverage has bothered me so much. The first is that the attacks are personal in nature. “Sochi problems” are the kind of issues that every-day Russians struggle with. Take the unfinished hotel rooms, for instance. Russians are generally not as time-orientated as people in the west so work generally gets done at the last minute. The press was there well before the opening ceremonies, after all! There are more to the “Sochi Problems” than a short tweet can really tell about*. It personally pains me to see how much these shallow judgments of Russian personal life have embarrassed my Russian friends.
The second reason the media coverage bothered me so much was because it reminded me of my own shallow judgments when I first got to Russia. In the weeks leading up to the Olympics when my Russian friends would voice their embarrassment about the media portrayal of Russia I would always stop short of voicing my indignation because deep down it felt hypocritical to do so. If living overseas has taught me anything it is that I tend to make judgments about things that are only on the surface level. It’s only after looking beyond the surface to see the underlying assumptions and values that we can truly come to understand why the people around us act as they do.
Proverbs 20:5 tells us, “The purpose in a man’s heart is like deep water, but a man of understanding will draw it out.” Are there some issues or problems around you that you are content only to look on the surface of? What helps you to go deeper with the people in your life?
*I realize that even my analysis of the issues is hardly adequate. I wish I had more time to deal with them in depth but I would refer you to this excellent article for more examples of the background of “Sochi problems.”

We wait no more! Evangeline Pearl Eck is here! While we were waiting, though I took pictures and documented them in a short video like the one that I did for Naomi. I hope you enjoy.

Waiting for Evangeline from Matt Eck on Vimeo.

Shortly after we finished praying we got a call that people were already lining up at the visa office a full 38 hours before the office opened much earlier than the last time we had to stand in line with our team mates. 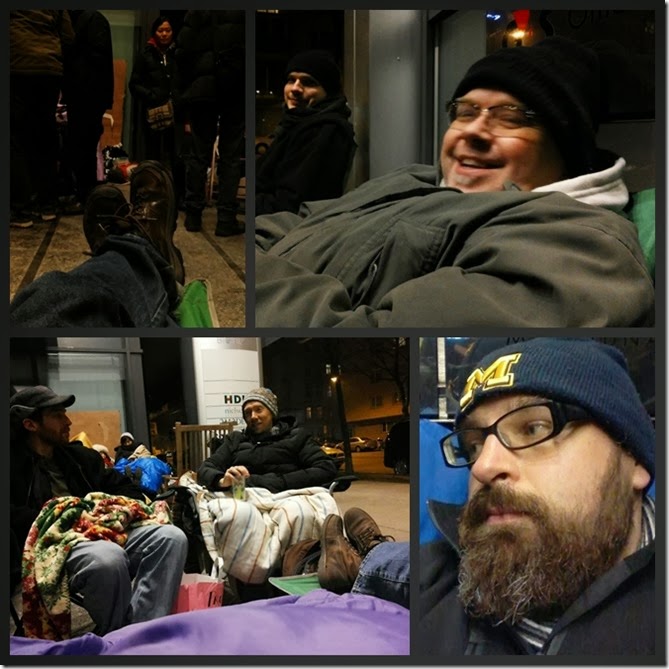 So because of the type of visa we must apply for we all took turns standing in line for Jim and Brenda until it was time for them to turn in their paperwork on January 2nd! 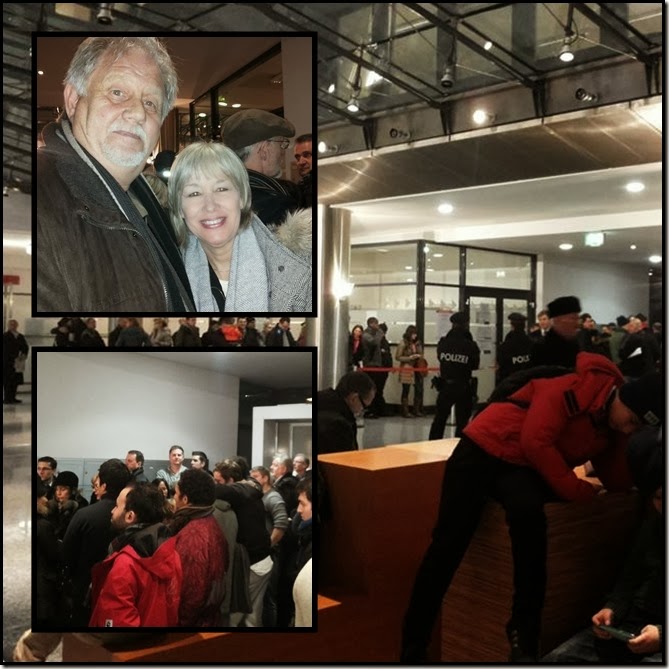 Austria is a country with unquestioned religious heritage….

…however churches are empty and tens of thousands leave yearly…

…that’s why when last weekend we had 5 people publically profess their faith by being baptized in the Danube, it is such an encouragement to all!
Blogger Labels: Church,Austria,heritage,churches,faith,Danube,encouragement