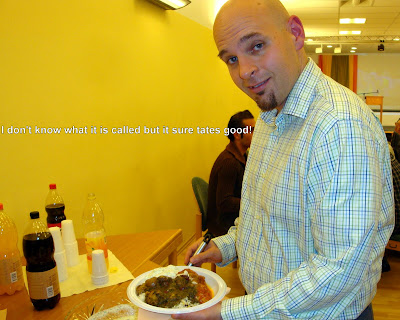 It’s early Saturday evening and we Ecks make our way to the 10th district of Vienna for our once-monthly visit to the Iranian church. Actually, it’s one of four Iranian churches in Vienna, but we are familiar with this one because our friend David is the pastor. He has asked Matt to preach once a month while he translates the message into Farsi (the language of Iran; understood by Afghans also). We are happy to help out David however we can, as he also holds down a full-time job in addition to being a pastor and volunteering at the Oasis two nights a week.

Matt and I arrive early and are able to join a few other church members in a time of prayer before the service. Our friends Anwar and Reza are there, both of whom also volunteer at the Oasis with us. Anwar also attends Calvary Chapel with us and was the first to invite us to Calvary. A young woman named Linda is also in the group. She, along with David, will eventually start taking piano lessons from me, with the goal of being trained as church musicians to provide live worship music for the service. We take turns praying around the table, and after each person’s prayer, the group says together, “Ah-meen.”

We conclude our time, and Matt and I are invited to take our seats in the meeting hall where the service will take place. We walk in to find two long rows of tables beautifully and simply decorated in citrus colors with napkins, candles, and dried flowers. Anwar comes up to chat with us in German and admits to the handiwork. Tonight there will be a big meal after the service, and already the smell of exotic spices wafts in from the kitchen. I try to name the spices I’m smelling. Is it turmeric? Cardamom? Alas, I’m not as familiar with these aromas. This will be Matt’s and my first experience with Persian food. We are excited.

People begin entering the church, shaking hands with each other and greeting each other with “Salaam.” After everyone takes their seats, the service begins. There are several times of scripture reading and prayer interspersed between the Persian worship songs, which are played from a recording and displayed with slides on the screen up front as everyone sings along. Matt and I participate by clapping on the beat with everyone and trying our best to figure out some of the Farsi words. I like the songs and hope to learn some of them. After an hour of worship, prayer, and scripture reading, Matt is called up to the podium to give the message.

Matt speaks in English as David translates into Farsi, introducing himself and me, and then diving into a message of unity from James 4. After the sermon, we enjoy getting to know some of the people over a nice meal of chicken cooked in a tomato sauce, saffron rice with dried red currants, and beef cooked in a green-leaf sauce, like nothing I’ve ever tasted. Apparently the man who volunteered to cook everything had been hard at work since morning. We later find out he used to officially work as a chef. We are encouraged by people’s comments that Matt’s sermon really touched on what people needed to hear. After having tea and chatting some more, we say goodbye to our friends old and new, thankful to God and looking forward to next time.